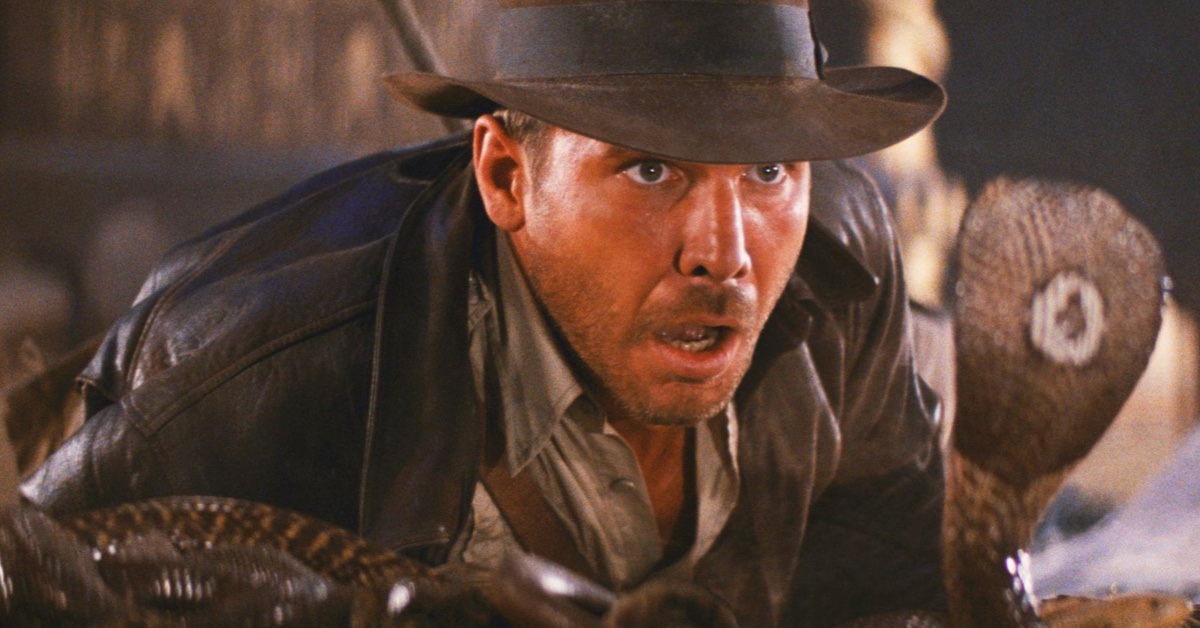 In a time before mobiles and Facebook, Netflix and YouTube, we had VHS, MTV and Harrison Ford!

And what a year 1981 turned out to be for the big screen with epic movies that still stand the test of time. We’re talking – Chariots of Fire, The Evil Dead, and Raiders of the Lost Ark to name a few. It’s hard to believe these classics are 40 years old this year, so in time-honored tradition, let’s go back to 1981.

If you’re wondering what movie was popular in 1981, just take a look at the box office takings. One of the largest grossing films of the year was Raiders of the Lost Ark, raking in a sweet $248.16 million heads the list of the best movies of 1981.

With the dashing Indiana Jones (Harrison Ford) in full jungle get-up and whip, the archaeologist-come-adventurer embarks on a governmental mission to uncover the Ark of the Covenant. In a time challenge against the Nazis to whisk it to safety, it’s littered with all the right ingredients for a blockbuster hit: adventure, triumph, romance, and a touch of comedy.

How to stream Raiders of the Lost Ark

Considered one of the best 80s movies on war, Wolfgang Peterson directs this intense drama thriller set on a German submarine. Patrolling the waters during World War II is no mean feat, as we see from the progressively challenged crew aboard the U-boat. Cabin fever doesn’t even come close.

How to stream Das Boot

Long before Braveheart, Mel Gibson was summoning tribes in the post-apocalyptic adventure that is Mad Max 2. In the film’s sequel, Gibson is out to avenge the nomadic tribes, following the murder of his wife and son, whilst becoming the unassuming defender against the bad guys.

How to stream Mad Max 2

As far as 1981 films go, this is one of the more touching dramas, which features Henry Fonda and Katharine Hepburn in this beautiful on-screen pairing. When Chelsea leaves her son with her estranged parents to visit her fiancé in Europe, an unexpected friendship blossoms and helps to repair family ties before it’s too late.

How to stream On Golden Pond

If you’re looking for the best 80s movies with a supernatural theme, look no further. As with all horror movies, it starts with a group of friends venturing into the woods for a night away. When they stumble across an old book, they open the floodgates to another world.

Fighting to survive, or become possessed, there’s gore, horror, and screams all around. This movie was such a hit, that three more followed in its blood-stained footsteps.

How to stream The Evil Dead

Unequivocally, one of the greatest British historical sporting movies of all time. Chariots of Fire tells the story of two-track athletes from different sides of the religious spectrum, who overcome adversity to triumph in the 1924 Olympic Games.

How to stream Chariots of Fire

Also making our list of 1981 films, John Cleese and Sean Connery star in this time-travel story that see’s six dwarfs accosting a budding young historian, in an attempt to steal treasure from different times in history.

How to stream Time Bandits

Here’s a classic we can all agree on to make the list of best movies of 1981.

Bill Murray might just be the best thing to come out of the 80s, making Stripes an essential fodder for any fan playing catch up. The plot is simple, two buddies decide to quit their jobs and join the US army for fun, despite being grossly underqualified. This comedic story plays out as you’d expect.

How to stream Stripes

One of the best, Dudley Moore is affectionately remembered for his starring role in Arthur. Playing the protagonist alcoholic playboy, Arthur is destined to marry a woman he doesn’t love or lose a multi-million fortune he’s due to inherit.

Throw in Liza Minnelli playing a lowly waitress as a new love interest, and you’ve got the perfect moral dilemma, which begs the question, what should you marry for: love or money?

How to stream Arthur

You can’t have a best movies of 1981 without James Bond.

You know the song, you know the plot. James Bond (Roger Moore) is  007 – a British secret agent dispatched on a mission to find a missing British vessel before it falls into the arms of the enemy.

How to stream For Your Eyes Only