Army Of The Dead Review: Another Zombie Movie You Will Love 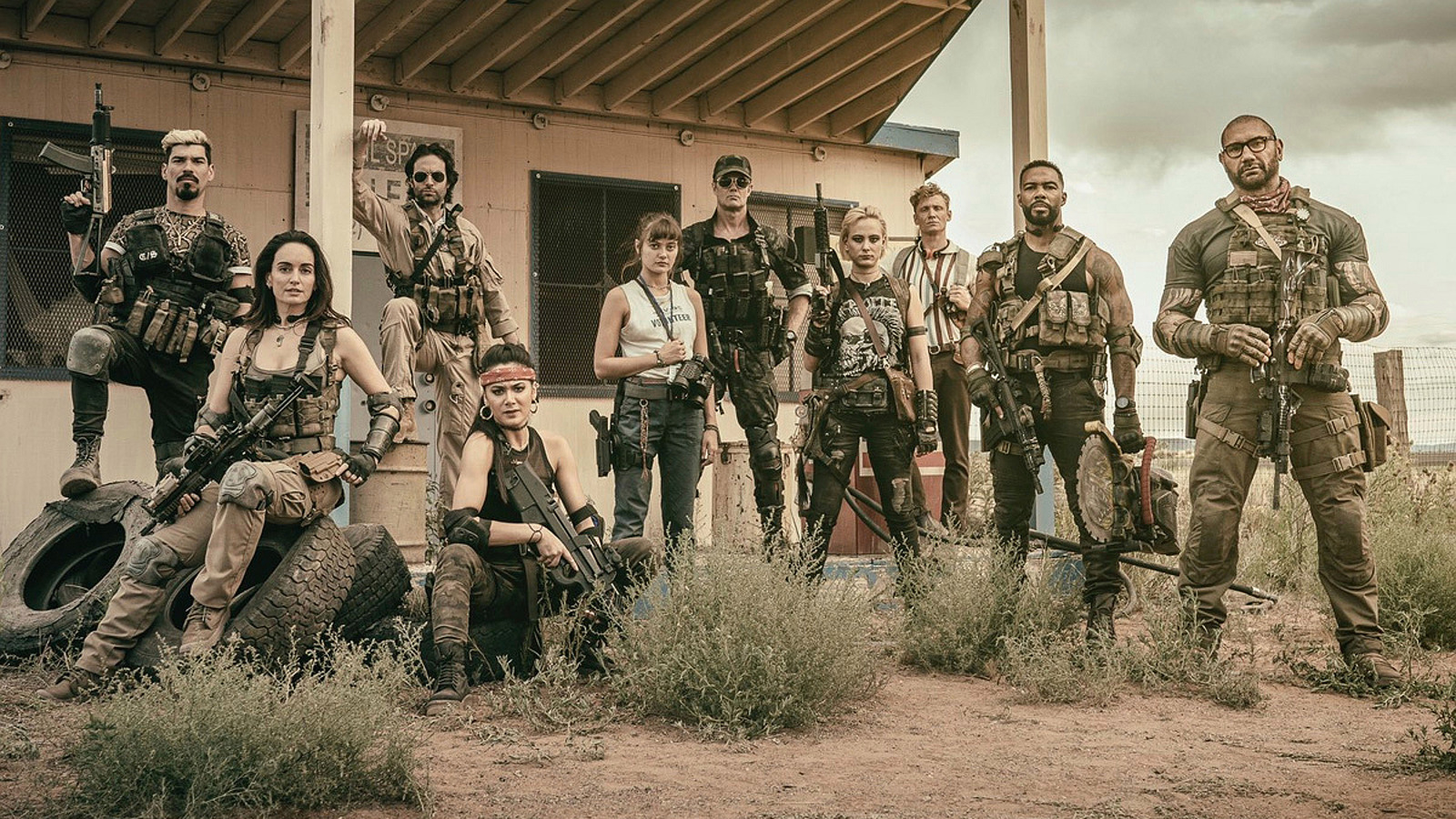 Breaking down Army of the Dead review.

What if we mixed a heist movie with undead hordes and visually appealing (and well-known) slow-motion action scenes from Zack Snyder? Another zombie movie that you will love!

We get that the zombie movie universe might be a little crowded, but we strongly believe you should give this one a shot, since it’s no ordinary zombie movie.

Army of the Dead was released in May and has direction and story by Zack Snyder (known for 300, Watchmen and Zack Snyder’s Justice League). The cast makes us even more interested with stars such as Dave Bautista (known for Guardians of the Galaxy) and Ana de la Reguera (known for Narcos).

In this Netflix production, we get to know a group of mercenaries that are willing to risk everything in a deadly heist during a zombie outbreak in Las Vegas. To get to a vault filled with $200 million our team must not only fight zombies but also hurry to leave the place before a nuclear bomb, programmed by the government, lands in the place to clear out the undead population.

That’s definitely a way to keep the tension-level bar high.

Surely the classic slow walking zombie is not the only threat in this movie. Deadlier than ever the scary zombies in Army of the Dead will leave an impression on the watchers, with smarter, more powerful and even organized undead beings. From super strong alpha zombies to undead tigers the movie won’t disappoint the audience on the lethal creations to be feared within the movie.

Army of the Dead is not Zack Snyder’s first Zombie movie. Dawn of the Dead (2004) was the filmmaker’s first work within this theme, and it is, of course, a reinterpretation of the late 70’s classic by George Romero. Even though Army of the Dead might not be the director’s debut in the zombie universe it definitely moves away from the traditional zombie movie and shows us a mix of different ingredients, such as war and heist movies, all surrounded by Snyder’s beloved style.

Are you a behind-the-scenes-secrets fan? Guess what? Netflix also provided a 28-minute special sneak peek into the Universe of Zack Snyder and his Army of the Dead. You can watch Creating an Army of the Dead and discover every move behind the film’s amazing effects and creative action scenes.

Even though the blood and violence pieces may be in-your-face, other parts of the film are much more subtle and kept under the surface. It is possible to say that the movie carries an indirect critic to how the government and the authorities would deal with an apocalyptic scenario and how the rules of this surviving game could easily turn to the most powerful side. At the same time as one might consider that the movie has cliche wrappings for some situations it is also undeniable that everything fits easily in the experience of the movie.

Within this adventure you will also find all shades of a great entertainment piece. From darker thriller scenes to funny and emotional cuts. The action pervades the whole narrative, even when we have a melodic gentle soundtrack to a cutting-a-zombie-in-two moment.

The contrast between the on point chosen songs for the soundtrack and the tension-filled scenes create just the right environment to set the mood for the multiple tastes of the viewers. Army of the Dead delivers a fun captivating new perspective on zombie movies, so grab your favorite snack and hurry to check this out!

Watch: Army Of The Dead Trailer

Army Of The Dead Rating