Switch to the dark mode that's kinder on your eyes at night time.

Switch to the light mode that's kinder on your eyes at day time.

Let’s start off with the elephant in the room.

It has been long debated (though many feel its not even worth debating because its fact).

It was interesting to also not that everyone seemed just as confused as Neo when deciding between the blue or the red pill.

Turns out everyone was 50/50 just like Neo as what to do.

Another debate as to who is the greatest action hero… Well this has also been decided.

But before you get all excited… it turns out that Bruce fans don’t know the most about action movies.

In fact Arnie fans on average know more about action movies than Sly, Bruce and Tom… so is Arnie the real king of Action?

You are going to be taken

It was also surprising to note that some of you will be hunted down and killed by Liam Nesson (aka Bryan Mills) without even knowing it.

We are currently working on making all So Binge quizzes after they have gone live available. So watch this space as we will be bringing you a kickass quiz hub covering Friends, 80’s Music, 90’s Music, Disney, Chick Flick, Seinfeld and much more.

Seems like a bit of a 180 going from Action movies to Harry Potter but them’s the breaks.

Registration is open so jump on over to quiznight.sobinge.com.au.

Get the best binge-worthy stories straight into your inbox! 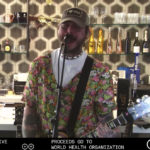 Everything you need to binge & more.

Back to Top
Close Create

Follow us on social media to get more Bingeable content from Netflix drops to games and competitions.